What a knackering weekend. But a great one!

Saturday lunchtime I went for my personal trainer session.

Today started with Rugby Tots at 8.40am. I REALLY could have done with a latte afterwards, but I managed to resist and came straight home to chill with Lala (while Ben was doing Joshua’s rugby class).

After lunch we took the kids on a long walk (longer than intended really). I didn’t realise quite how muddy it was going to be. And also I only wore a jumper – no coat as I thought we would be walking a bit faster. However, when Lala demanded to be carried (15 kilo 2 year old) I was quite glad of having no coat. My trainers which were relatively new (not much used anyway since I got them) got soaked through and my feet were wet inside them. Lala fell over in the mud and got covered in it. The dogs jumped in the pond and are now locked up in their room until they are dry. At the end of the walk we stopped at the kiddy park near our house (this was how we got our kids out on a walk – they are rather lazy buggers – probably get that off me if I’m honest – we promised them playing in the park at the end of the walk). They had a good go on the slide and swings. I took a tonne of photos and then we went home for hot chocolate and, for me and Lala, a change of trousers.

I have to say, after a long cold muddy walk, a hot chocolate in a nice warm house is absolute bliss! I think that’s the thing about exercise and working hard. Nice stuff when you don’t feel you deserve it, isn’t so nice. Or it is but then there’s the guilt. Talking of guilt, I gave in on my no alcohol thing last night. We both decided that we would have one glass of wine each on a saturday. No more than that. Just one glass. It was nice but I couldn’t drink more than an inch of mine. Probably less than that! I poured the rest back in the bottle ready for next Saturday. It was nice though. I figure, no point drinking it for the sake of it. Plus I’m sure a little red wine occassionally is actually meant to be good for you.

I’m now having a cup of tea in the kitchen while the kids watch a bit of TV in the sitting room. Hubby is studying for 45 minutes and then I’m going to have a nice hot bath. I so need it. My legs and bum are killing me. My arms are a bit sore too.

Now its later. Have had my bath. Was GORGEOUS. Just what I needed. Then hubby went to use the bath water and when he came down it was bedtime and we got them ready for bed together. I read them a couple of stories. I always feel a bit like reading a story is the LAST thing I want to do. Its taken Joshua about 30 minutes to go to the toilet and brush his teeth and we’ve had to change Lala’s nappy while she ran around the bedroom refusing to stand still. However, when I do read them a story, I really find myself getting into it. Particularly if its a book I had as a child. Tonight we read this one: 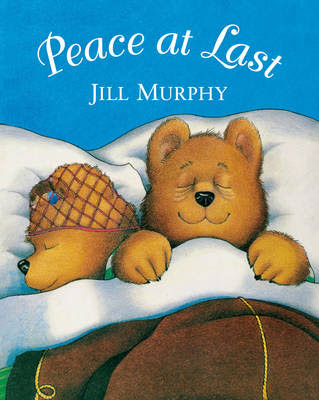 The writer shares my mum’s name. Probably shouldn’t say that but my anonymity is shot now anyway! lol. My mum used to read this one to me and my sister when we were children. I love it.

Some pics of the weekend:

Posted in: Uncategorized ⋅ Tagged: days out