Kids in bed. Hubby in bed (was working until 1am last night). Chicken Kiev in oven. Salad on plate (with cheese & bacon plus lovely chilli dressing – Tesco finest). Tidied up after self (mostly – will wipe surfaces before bed).

Girl baby (actually 2 years and 3 months old) was sooooo cute tonight. Love that far away look when she (or any baby/small child) drinking their milky getting ready to go to sleep. I could just have gobbled her up. Makes me want another one. No not really! No I don’t really. I don’t. I promise! Erm….

Am watching House again. I think I’m actually in love with Gregory House. I don’t know if its the bad boy or the fact that I grew up with the comedy of Hugh Laurie (although I also gave that reason for never watching it when it first started – didn’t think I would be able to get used to him with an American accent. But after 10 minutes I had forgotten he was an English comedian and was totally engrossed in the drama. It could also be (the reason I kind of fancy him) the neediness. He needs someone to save him. Not that I actually go for needy types in real life. In real life I’ve been married for 13.5 years and if I’m honest would rather be looked after than have to look after someone. Am not completely useless but I’m not a natural housewife and (maybe) mother. For instance I don’t iron and I don’t sew. I don’t cook (I can throw together a basic meal but I’m not nearly as good as hubster).

Right. Better go see if my chicken Kiev is ready. 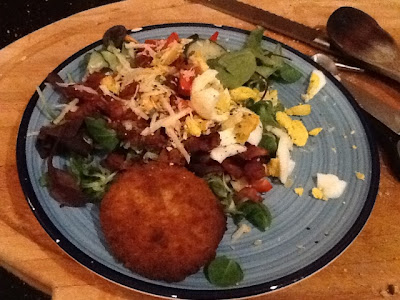